The problem that we see all the time is that the commercial lease dealings do not start out as win-win, it becomes I’ve-got-to-win. It becomes all about ego. If you let ego get involved in your business deals, it’s no longer win-win, it’s I-win, and I-win-for-Me. And it goes off the tracks. Stay on track…

Be respectful of the other person’s position. Small business owners (prospective tenants) have needs. Real estate investors and building owners who want to fill the offices of their commercial buildings, they have needs. Like all of us, they are trying to make a deal, to negotiate a commercial lease arrangement that benefits themselves. Everyone in a pending real estate transaction is just trying to get the best deal possible. So be respectful of other people, of other people’s needs as you present and negotiate your own position.

Owners understand that though the market has started to pick up, the market is still tight. There is neither a wealth of buyers out there, nor a wealth of tenants. So if your need is to fill your commercial space, owners — when you find a prospect, make it work. Make a deal. Commercial tenants know that there may not be a wealth of spaces that will be a perfect fit for them. So if you find one and you’re the tenant, or you’re the buyer, make it work. Make a deal.

Make a counteroffer. We see too many commercial leases or deals where somebody will make less than the best offer, or perhaps not the most reasonable offer. Then, the other party gets insulted and does not make a counter. So what happens next? The insult sticks around while the deal goes away. Nobody wins.

It is always worth making a counter offer when negotiating. To ask, is free. There is nothing to be lost with making a counter. You lose the chance to make a deal by saying, “Okay, this offer is so ridiculous. This is so stupid. I’m not even going to make a counter.” The deal goes away when it didn’t necessarily have to…which brings up another point.

Don’t make a ridiculous offer. Get good advice from your commercial realtor so you know where the market is, what reasonable expectations might be made in the given circumstances. If we know that there were 81 commercial lease deals last year, and that lease deals were done for an average of $12.96 a square foot, then that’s where the market is, that’s the yardstick. To make an offer or expect a return that strays far from those figure estimates likely will not end in successful deals. It won’t work. If you go in with an insulting offer, right away the ego gets involved, right away it’s not win-win.

The steals have been stolen. Without playing the part of a cynic, both sides of the table should know this: The great deals are gone. The ability to get a steal (those deals were out there in years past) is pretty much gone now. Now anything can happen, but within reasonable limits, don’t face each day expectant of a phenomenal killer deal. Shoot for good deals, shoot for win-wins. Listen to your commercial realtor. Find experts who know the local market. Listen to their suggestions. Then, listen to your gut. That’s going to help you a lot, if you keep a steady focus on what is possible — with strong advice and sound expectations.

Last thing is, think long term. Think about the time-value of money. If you turn down any given deal, ask yourself how long your space might be on the market — another 3 months? another 6 months? — before another offer might come along. If your space is vacant, then, for another 6 months, how much has that cost you? What is the time-value of money? What is the cost of not doing business, of not making the present deal a success?

The more you know, the more you keep your ego out of it. The more you think win-win, the better you become at negotiating deals, whether they be commercial leases or any other agreement.

If you need the advice of a commercial property management expert who has over two decades of proven success in the Metro Atlanta real estate market, call Marc Glaser at (404) 524-1585. 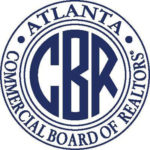